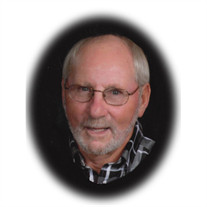 Terry L. Crider             Terry L. Crider, 71, of Landisville, passed away unexpectedly on Friday, October 26, 2018 at UPMC Pinnacle, Lititz after falling ill on the tennis court.    Terry was born on October 6, 1947 in Lancaster.  He was the son of the late John Crider and Phyllis (Snyder) Jones. He deeply loved his wife, Joyce Eshleman Cider, his family and was a devoted "Pappy" to his grandchildren. He and Joyce celebrated 34 years of marriage this past August.      Terry attended Donegal High school where he excelled in football and tennis. His love of tennis continued throughout his life. He was a member of Racquet Club West and The Manheim Tennis Club where he spent most of his court time. He played in club leagues, Central Penn and the USTA Nationals in 2014. Terry retired from PPL Electric Utilities in 2003. He very much enjoyed his retirement and supporting his grandchildren in all of their school activities and sporting events. They could always count on Pappy to be on the sidelines cheering them on. He also loved Sunday drives with Joyce in his little car. He was a member of Hempfield United Methodist Church.             Surviving in addition to his wife, Joyce, is a step-mother, Kathryn (Wittel) Crider of Mount Joy; four children, Terry L. Crider Jr. of Marietta, Steven M. Crider of Philadelphia, Matthew C. Crider, husband of Stacey of Mount Joy and Erin E. Risser, wife of Travis of Lancaster; eight grandchildren, Brittany, Tess, Mitchel, Dylan, Ella, Matthew, Grayson and Everly; a great grandson, Landyn; three brothers, Gregory Crider of Alexandria, VA, Scott Jones, husband of Lori of Columbia and John Crider of Lancaster; and a sister  Jennifer Sweigart, wife of John of Mount Joy.             He was preceded in death by a step-father, Edgar Jones.             A memorial service honoring Terry's life will be held at Hempfield United Methodist Church, 3050 Marietta Ave, Lancaster on Wednesday, October 31, 2018 at 11 AM. Family and friends will be received at the church before the service from 10 AM to 11 AM. Interment will be private at Henry Eberle Cemetery, Mount Joy. In lieu of flowers, memorial contributions may be made to the American Heart Association, 610 Community Way, Lancaster, PA 17603. To send an online condolence, please visit www.sheetzfuneralhome.com

The family of Terry L. Crider Sr. created this Life Tributes page to make it easy to share your memories.