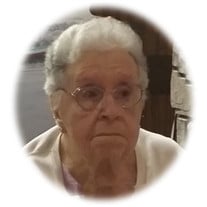 Ruby A. Rupley, 91 of Elizabethtown and formerly of Marysville passed away peacefully of natural causes on June 18, 2020, at 3:20 pm at the Hershey Medical Center.  Her loving children were by her side as she gave up her earthly body.  Ruby was born on August 7, 1928, in Newport PA, (Perry County).  She was the daughter of the late Charles F. and Elsie I. (Peterman) Bitner.  She was the widow of Frank D. Rupley, Sr. who passed away November 10, 1978.  Ruby was a Master Seamstress and retired in 1989 from Orweco Frocks, Inc. in Mechanicsburg when they closed permanently.  Her employment spanned more than 18 years with Orweco Frocks.  Ruby did not always have an easy life.  As a young girl at age 14, her beloved Mother Elsie was diagnosed with cancer.  During this period, (1942-1943) the treatment for cancer involved damaging radiation.  Ruby spent many evenings and weekends sitting with her mother and caring for her.  This was a very difficult time in her life for Ruby, as she watched the ravages of cancer slowly take her mother from her.  Elsie passed away in January of 1943.  Her passing left a tremendous void in Ruby's life.  After some time had passed, Ruby's father remarried and he sent her to live with her mother's brother and his wife, Gene and Dottie Peterman in Harrisburg.  It was there that Ruby learned the many basics of her top-notch cooking and baking skills.  At age 16, Ruby began working in sewing factories.  She continued this profession, honing her abilities until 1958 when she took time off for caring and raising her children.  She returned to seamstress work in 1971.  There was nothing Ruby could not make or sew.  Her children grew up with clothes, stuffed toys, and many other handmade items.  They watched their mother sew on her cherished "1928 Singer Factory Sewing Machine" which she purchased in 1955 for $200.00.  She paid for her prized sewing machine with proceeds from her weekly paycheck totaling $45 to $50.00.  Ruby was always up for a challenge.  In her day, she could do many of the following: carpentry, laying cinder block, gardening, deer hunting, making root beer, and many other accomplishments.  Her children were always amazed by her abilities.  Ruby was well known within her family for her soups, cakes, cookies especially her "hot milk sponge cake", peanut butter fudge, and homemade German chocolate cake.  She could cook and bake everything from "Hog Maw to Creampuffs".  Ruby was so proud that her cooking and baking skills were passed down to her daughter "Mary Ellen."  Ruby lost these skills after suffering a major stroke in November 2006.  Mary faithfully continued supplying her mother with many of the same treats that her mother used to bake.  Ruby always had a positive outlook on life.  Even with numerous health issues that she faced, cancer, a stroke, and fractures, she was a fighter.  Ruby NEVER complained, she never gave up, she was one tough lady.  Unfortunately, this last fight was too much for her tiring earthly body.  On Thursday, Ruby heard the Lord calling her name and she peacefully went with those who went before her.  She is at rest!  Ruby or "Mom" as her children called her was a devoted and loving mother who always put them first in all that she did.  She led by example and instilled in them to be strong, be fair, and treat others with respect.  Mom was a down to earth, simple woman, who, when people met her they instantly liked her.  Ruby had several interests including collecting a bookcase full of cookbooks, organizing and planning family cook-outs, and in the last few years of her life, bird watching from her favorite La-Z-Boy Chair.  She especially kept a keen eye for her favorite bird, the Cardinal.  She called her "Redbird!"  Ruby enjoyed one special treat that always caused her to smile and this was a trip to "DQ" for a peanut butter sundae.  This happened at least once every five weeks.  The most important focus of her life was spending time with her family.  She loved being a grandmother since 1977.  In 1992, with her second grandson on the way, she moved from her beloved Marysville home to Elizabethtown to live within one mile of both of her grandsons.  She never looked back, this move had made her life complete.  To sum up Ruby's long life here on earth, was her ultimate accomplishment and source of pride HER FAMILY.  She leaves behind nothing but beautiful, loving memories! She is survived by her children, Steven N. (Christina) Bitner of Carlisle; Frank D. Rupley, Jr. of Elizabethtown and Mary E., (S. Jay) Williams of Bainbridge. Two grandsons; Earl J. Gallagher III, and Craig A. Williams and a great-grandson, Alexander Ritzman, all of Bainbridge.  The last of her immediate family, she was preceded in death by her siblings, Richard Peterman, Betty Barbour, Gladys Boykin,  Earl Bitner, Jean Kistler and Shirley Bateman. Services will be private.  Memorial contributions in memory of Ruby may be made to the charity of one's choice.  Please leave a condolence www.sheetzfuneralhome.com Sheetz Funeral Home, Inc.

Ruby A. Rupley, 91 of Elizabethtown and formerly of Marysville passed away peacefully of natural causes on June 18, 2020, at 3:20 pm at the Hershey Medical Center.  Her loving children were by her side as she gave up her earthly body.  Ruby... View Obituary & Service Information

The family of Ruby A. Rupley created this Life Tributes page to make it easy to share your memories.

Ruby A. Rupley, 91 of Elizabethtown and formerly of Marysville...