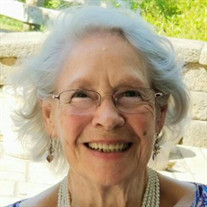 Maytown, Pennsylvania; long term resident of Brighton, New York, -passed away suddenly from natural causes on Monday, December 27, 2021, at age 92. Born in Wellsboro, Pennsylvania, she was the daughter of the late Wallace and Thelma Cook. She was predeceased by her husband of 65 years, Rodney Curtis, in May of 2020. She is survived by their children, Renee Queen (widow of David), Royce Curtis (Monica), Ronda Armstrong (Jay) and Rendle Curtis (Michelle). Rodney and Ramona’s lives were further enriched with 12 grandchildren and 26 great-grandchildren. One of Ramona’s favorite topics was to explain that she and Rod, each growing up as an only child, wanted a bigger family. They got their wish. At her passing Ramona had 42 descendants. Ramona graduated from Shinglehouse High School, Shinglehouse, PA, and Bryant and Stratton College, Buffalo, NY. She worked several bookkeeping positions, including at the Olean Times Herald in 1951 and the radio station WHDL, both in Olean, New York. With all the children in school, Ramona was a waitress at the Maplewood Inn. In later years she worked in bookkeeping for Lank Real Estate in Brighton. During these busy times she also lovingly cared for her parents, her mother-in-law, and her Aunt Ruby. Ramona wrote down the story of her early years with Rod to share with her family. They met at an Olean Times Herald employee event where Rod was also on staff - a photographer. Their first date was to visit the home of a friend of Rod’s, the next date was a movie. After dropping her off, Rod was fined for drag racing on Main Street with a friend – a story that made Rod laugh and Ramona shake her head. In March, 1955, Rod was drafted in to the Army. They were married in May, 1955, after he completed basic training. With only a one week leave, they were married on Saturday and he returned to the military on Tuesday. Since Rod had worked for Eastman Kodak for three months before being drafted, he was able to return to that position after his military service. They relocated to Rochester, living on Sanford Street for five years, then buying the house in Brighton from friends. The Astor Drive/Kirk Drive neighborhood reminded them of the small towns they grew up in and they made many life-long friends there, living in the house for 58 years. Ramona enjoyed the social life of groups like the MG Car Club, National Campers Hikers Association, and the Rochester Bicycle Club. The family camped and hiked frequently, with Hickory Hill Campground in Bath, New York, being a favorite spot, often with the family of Gil and Betty Langswager. (Camping was on the condition that Rod do the cooking and the dishes.) She bicycled many miles with Rod, eventually together on a tandem bike. They cross country skied, too, but when it came to downhill skiing, Rod skied and Ramona read a book by the fireplace in the lodge. In later years, when he joined the Finger Lakes BMW Motor Cycle club, she faithfully managed the office at the annual club rally at Watkins Glen. Ramona was a Girl Scout Leader during Renee’s elementary school years and very active in the Girl Scout council. Her girls’-nights-out happened every Thursday evening with bowling in a league at Panorama Bowl. There was also a weekly bridge club with her friend and next-door neighbor, Shirley Newcomb, along with many other friends. Trinity Reformed Church in Penfield has been a church home for the family for many years. Sunday school, youth group, and several family weddings were all a part of growing up there. Ramona was an elder, a Stephans Minister, and an active member of Reformed Church Women. She loved traveling with the church to Israel and to RCW conferences. After Ramona stopped driving, Rod took her to church faithfully each week. He escorted her into the service where her friends Ralph and Liz Dalton waited to sit with her. Every Wednesday Liz would pick up Ramona and they would visit shut-ins from the church family. The heritage of faith that she passed on is best summed up by the words of a grandson at a family gathering, “Ramona, thank you for taking your children to church.” Retirement travel for Rod and Ramona included Hawaii, Norway, Ireland, England, and a long road trip across America. She and Renee’s mother-in-law, Norma Queen, enjoyed doing Elder Hostel trips together and never ceased to be amused at people’s reactions to mothers-in-law being friends. As the family grew, the travel turned to visits with children, grandchildren and great-grandchildren. In later years, Ren and Michelle frequently visited on weekends, and brought holiday and birthday celebrations to Rod and Ramona in Rochester. They included some local excursions, like viewing the fall colors from the ski lift at Bristol Mountain, and walks in Corbett's Glen. One special memory for the family is Rod taking Ramona to Macedon Hills Family Restaurant on Friday nights. They were known by all of the staff and had their own special table. It was a coveted honor to go with them. Ramona was blessed to continue to live in the family home due to Rod’s dedicated care after her Alzheimer’s diagnosis. Saturday evenings would find them watching Lawrence Welk together on TV, indulging in a little bowl of ice cream. They shared a special bond and love for their family. Ramona was a devoted wife, loving mother, grandmother, great grandmother, and a good friend. She will be greatly missed!

Maytown, Pennsylvania; long term resident of Brighton, New York, -passed away suddenly from natural causes on Monday, December 27, 2021, at age 92. Born in Wellsboro, Pennsylvania, she was the daughter of the late Wallace and Thelma Cook. She... View Obituary & Service Information

The family of Ramona C. Curtis created this Life Tributes page to make it easy to share your memories.