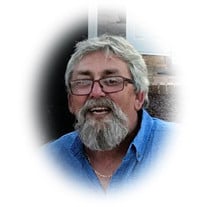 Michael J. Ross Jr., 58, of Maytown, died Monday, December 2nd after a brief illness. He was born in New Eagle, PA. Michael leaves behind a wife Sonia, with whom he celebrated 31 years of marriage in October, and two children at home, Lauren Gabrielle and Benjamin Hunter. He is the son of Mike Ross Sr., Mount joy, and Sandra Sutter Ross, who passed in 2017. He is also survived by two sisters, Deb Beach (Keith) and Tracey Ross of Manheim, nieces Kelsey McCreight (Tyler) of Columbia, Miranda Wolgemuth (Christian) Mount Joy, Tara Myers of Enola, and nephew, Joey Wright Jr. of Camp Hill, married to Megan Semuta. Michael was a graduate of Donegal High School, class of 1979. He began his work career at TMI, where he worked for 10 years and was involved in the cleanup of Unit #2. After TMI, he worked for 10 years at Groff's meats in Elizabethtown and 10 years at Mount Joy Wire Corp. His last position was at BAE Systems in York, where he had been employed since 2006, first as a processor, then as an inspector of Bradley military tanks and the sale of these vehicles to other countries. During his tenure at BAE, he pursued additional training in OSHA protocol and served as safety chair. Michael was a proud steel worker, local #7687, and loved his union brothers and sisters. To say that he was a hard worker would be an understatement. He thought nothing of working 60 hour weeks, while still making time for his family, whether it was coaching his beloved Maytown Braves, attending wrestling matches and riding lessons or searching a horse meadow with his daughter for a thrown shoe. Michael was a member of Saint John's Lutheran Church in Maytown and served along with his wife as mentors for their homeless shelter for a time in the early 2000s. A member of Elstonville Sportsman's Club, his greatest passion was hunting. A good day in the woods wasn't about the kill, but about a beautiful sunrise, the smell of woodsmoke from a neighboring cabin, or watching squirrels play in the leaves. Happily, on his last day in the woods on November 4th, he got to see his son harvest a 9 point buck. The irony of Michael's passing on the traditional opening day of buck season isn't lost on his family or friends. If he wasn't going to hunt here in his failing body, he was going to hunt in his healed one, in the most beautiful woods he could imagine. A memorial service honoring Michael's life will be held at St. John's Evangelical Lutheran Church, 11 North Queen Street, Maytown on Thursday, December 12, 2019, at 6 PM. Family and friends will be received at the church before the service from 4 PM to 6 PM. Interment will be private. In lieu of flowers, memorial contributions may be made to Wolf Sanctuary of PA, 465 Speedwell Forge Rd. Lititz, PA 17543 or the Donegal Fish and Conservation Association, 759 Sharon Drive, Mount Joy, PA 17552.

Michael J. Ross Jr., 58, of Maytown, died Monday, December 2nd after a brief illness. He was born in New Eagle, PA. Michael leaves behind a wife Sonia, with whom he celebrated 31 years of marriage in October, and two children at home, Lauren... View Obituary & Service Information

The family of Michael J. Ross created this Life Tributes page to make it easy to share your memories.