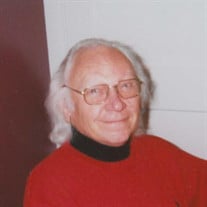 "The Drummer" Larry G. Donley, 84, entered into rest peacefully October 30, 2021, at Lancaster General Hospital. Son of the late George and Mae (Long) Donley and brother to the late Bertha Mummaw, Florida. A lifetime resident of Lancaster, graduated from JP Mccaskey High School. Larry was a professional percussionist which, he attended Philadelphia Institute of Music for three years. Went on to studied with Jim Chapin, a Jazz Drummer and Educator in New York for seven years. Larry played with numerous bands until 1974, then went on to form his own band "Open End". During that time, he gave private drum lessons at Park City Center until he moved the practice to his home studio and continued this for over 50 years teaching his passion for music. Larry was an Army Veteran between 1960-62, station in Germany. He was a member of the VFW Mountville, PA and a member of The Church of Apostles. Larry is survived by his wife Betty (Kishbaugh), a stepdaughter Robyn Stoltzfus of Gap, husband Bob, two step grandchildren Bronson Jackson of Narvon, wife Dawn, and Amy Blessing of Paradise. Many great grandchildren, great-great grandchildren, nieces and nephews. A private service for family and friends will be held at Sheetz Funeral Home, Mount Joy, Saturday, November 20, 2021, at 11am. In lieu of flowers, memorial contributions may be made to the VFW, 48 E. Main St., Mountville, PA 17554.

The family of Larry G. Donley created this Life Tributes page to make it easy to share your memories.