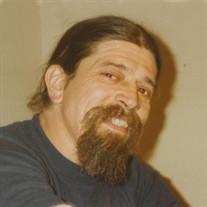 Kenneth R. Peifer, 77, of Elizabethtown was called Home to be with his Lord according to our creators plan on June 12, 2022 after recently being diagnosed with stage 4 cancer. He is now also reunited with his soul mate, Kathy Peifer who he has missed dearly since her passing in 2011. Both of their presence is and will forever be missed immensely by his adoring family and boundless amount of friends. Born at home in Stauffertown on the outskirts of Mount Joy, Ken was the son of the late Charles and Kathryn Peifer. He was also preceded in death by his eldest brother, Charles “Bud” Peifer. Ken grew up in Mount Joy and began working at age 16 at Gerberich-Payne where he would park his (his dad’s) 1959 Cadillac right out front of the window where his work station was so he could “keep an eye on it”. He was a lifelong car and motorcycle enthusiast to say the least. By trade he was one of the best Paint and Body Technicians around. During the course of his career he worked at Charlie’s Body Shop, Swedish Motors, and Harley Davidson. Ken was a member of Maytown Church of God, a lifelong member of Harley Owners Group, as well as multiple social clubs spanning several counties. He enjoyed riding his motorcycles, taking care of his family and friends, was meticulous about his lawn which was like a golf course. Ken enjoyed catching up with folks in parking lots along his travels; he had the “gift of gab”. Ken also volunteered when he was able at East Donegal Conoy Food Bank. He was a “workhard” for what you need and want in life kind of guy, but always kept his family as his main priority. What always put a smile on his face was his children, grandchildren, and great grandchildren. He is survived by his brother, Glenn (Becky) Peifer of Mount Joy, his daughter, Kelly (John) DiGiulio of Elizabethtown, and his son, Kenny Peifer of Elizabethtown, step-children, Doug and Angie Zeager, 8 grandchildren- Joshua, Justin, Neil, Kailey, Sara, Scotty, Madison, and Zack, all from the Elizabethtown area, and eleven great grandchildren, Nickolette, Josh Jr., Jovan, Jayla, Kaleb, Faith, Alivia, Bryson, Cayden, Jordyn, and Myla from PA, FL, and VA, as well as many nieces and nephews. A funeral service honoring Ken’s life will be held at Florin Church of the Brethren, 815 Bruce Avenue, Mount Joy on Friday, June 24, 2022 at 11 AM. Family and friends will be received at the Sheetz Funeral Home, Inc., 16 East Main Street, Mount Joy on Thursday, June 23, 2022 from 6 PM to 8 PM and again on Friday at the church before the service from 9 AM to 11 AM. Interment will follow at Laurel Hill Memorial Gardens, Columbia. Following the interment everyone is invited back to the church to join the family for repast. In lieu of flowers, memorial contributions may be made to Maytown Church of God, PO Box 145, Maytown, PA 17550 and/or American Cancer Society, 314 Good Dr, Lancaster, PA 17603. Due to the expanse of folks his life has touched along with his “colorful life” the family kindly requests attendees bring a copy of your favorite memory photo of Ken for the family to retain.

Kenneth R. Peifer, 77, of Elizabethtown was called Home to be with his Lord according to our creators plan on June 12, 2022 after recently being diagnosed with stage 4 cancer. He is now also reunited with his soul mate, Kathy Peifer who he has... View Obituary & Service Information

The family of Kenneth R. Peifer created this Life Tributes page to make it easy to share your memories.

Kenneth R. Peifer, 77, of Elizabethtown was called Home to be...