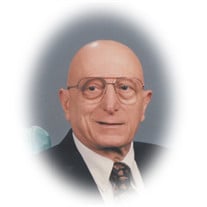 Joseph A. Consoli, 88, of Elizabethtown, passed away on Thursday, April 18, 2019. Born in Nesquehoning, PA, he was the son of the late Luigi and Maria (Cozotorto) Consoli. Joseph was the husband of Barbara J. (Hartranft) Consoli with whom he... View Obituary & Service Information

The family of Joseph A. Consoli created this Life Tributes page to make it easy to share your memories.

Joseph A. Consoli, 88, of Elizabethtown, passed away on Thursday,...