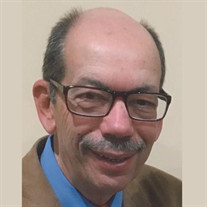 Jesse Gregory Epps, Jr., 76, of Elizabethtown, passed away on October 22, 2021. He was the loving husband of Audrey Snader Epps with whom he shared 53 years of marriage. A devoted father to his two sons, Jesse enjoyed special times with Brad, married to Amy Peiffer of Elizabethtown and Matt Epps of Lemoyne. He delighted in his four grandchildren, Emily, Ryan, Zachary, and Kensey. Jesse attended Hempfield High and graduated from Lampeter Strasburg High School in 1964. A veteran, he proudly served in the US Army for two years, serving a one-year tour in Vietnam from 1966-67. After his discharge, he began a 30 plus year career with Armstrong Ceiling Plant in Marietta. Later, Jesse worked for Burle Industries and Ripoff Holsters Company, both of Lancaster. He was Charter Member of Proclamation Presbyterian Church of Mount Joy, and formerly served as a deacon, youth leader and nursery staff for Mount Calvary Church of Elizabethtown. He also served on the board of Calvary Homes and was a volunteer in the gift shop. An avid sports fan, he greatly enjoyed watching sports and especially Penn State Football. He also enjoyed listening to Southern gospel music and attending concerts. Most important and meaningful to Jesse was his devotion to his family and sharing special times with the love of his life, Audrey, especially when they were camping in Ocean City, NJ. Born in Lancaster, he was the son of the late Jesse G. Sr., and Louvenia Stewart. He is also survived by his sister Madeline (Lester) Wolgemuth of Lancaster and his brother James (Nancy) Epps of Elizabethtown. He was preceded in death by a brother Thomas Epps and sister Mary Lou Stauffer. A service celebrating Jesse’s life will be held at Proclamation Presbyterian Church, (Kraybill Mennonite School) 598 Kraybill Church Rd, Mount Joy, PA 17552 on Saturday, October 30, 2021 at 11 AM. Jesse’s family will receive friends from 10 to 11 am and immediately following the service. There will be no public viewing. Private interment service will take place in Indiantown Gap National Cemetery, Annville PA. In lieu of flowers, memorial contributions to Proclamation Presbyterian Church, 81 East Main Street, Mount Joy PA 17552 would be deeply appreciated. To leave a condolence, please visit Jesse’s memorial webpage at www.sheetzfuneralhome.com

Jesse Gregory Epps, Jr., 76, of Elizabethtown, passed away on October 22, 2021. He was the loving husband of Audrey Snader Epps with whom he shared 53 years of marriage. A devoted father to his two sons, Jesse enjoyed special times with Brad,... View Obituary & Service Information

The family of Jesse G. Epps, Jr. created this Life Tributes page to make it easy to share your memories.

Jesse Gregory Epps, Jr., 76, of Elizabethtown, passed away on...