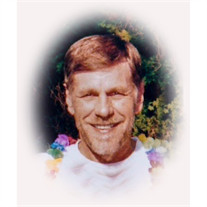 Gary L. Vogle, known to family and friends as Pickle, 77, of Mount Joy, passed away of natural causes on Saturday, January 16, 2021 at Emerald Nursing and Rehabilitation in Elizabethtown.  Born in Mount Joy, he was the son of the late Lloyd and Nellie (Lawton) Vogle.  Pickle was the devoted husband of Margie (Cochran) Vogle, with whom he shared 45 years of marriage until her passing in 2013.                  Gary was a graduate of Donegal High School in 1961. After graduation, he served in the National Guard and a few years later went on to work at Armstrong World Industries in Building Maintenance for 30 years, retiring in 1999.  Shortly after retirement, he began driving school bus for Laidlaw, serving the Donegal School District.                   Gary is survived by two daughters, Melanie Kendig of Mount Joy, and Shelby Moody, wife of Kevin, of Gravel Ridge, Arkansas.  He is also survived by his three grandchildren, Madison Kendig, Logan Moody and Emily Moody, who were the greatest joys of his life.  Also surviving is a brother, Ronald Vogle, husband of Marilyn of Washington Boro; and a sister, Nancy Gault, wife of Jim of South Carolina.  He is also survived by a sister-in-law, Pat Vogel, the wife of the late, William Vogel.  Gary's whole life was devoted to the youth in the Mount Joy area.  He was affectionally known as Coach Pickle at Kunkle Field for 30 years and served as the Head Coach of the junior midget baseball team.  He also announced the Donegal High School football games for many years and loved the Indians.  His favorite places on earth were Camp Two Buck in Clearfield County, the bowling alley where he bowled a 300 many times, and the Mount Joy Diner enjoying his coffee.  His daughters teased him and called him Mr. Mount Joy because he knew everyone and spread so much joy.  He was always so happy and never met a stranger.                 The family would like to extend a warm thank you to the staff of Emerald Nursing and Rehabilitation for all the care they provided Gary over the past seven years.  If desired, memorial contributions in Coach Pickle's name can be made to the Mount Joy Athletic Association, P.O. Box 584, Mount Joy, PA  17552.                  Respecting the needs for safety during Covid, services will be private.  A Celebration of Life event will be held at a later date.

Gary L. Vogle, known to family and friends as Pickle, 77, of Mount Joy, passed away of natural causes on Saturday, January 16, 2021 at Emerald Nursing and Rehabilitation in Elizabethtown.  Born in Mount Joy, he was the son of the late Lloyd... View Obituary & Service Information

The family of Gary "Pickle" L. Vogle created this Life Tributes page to make it easy to share your memories.