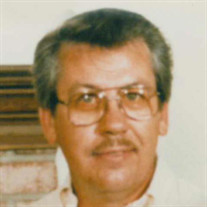 Frank K. Kerlin, 85, Mount Joy, passed away peacefully with his sons by his side on Friday, August 20, 2021. He was the devoted husband of Patricia K. Kerlin, who passed away on Feb. 24, 2016. He will be dearly missed by his three sons, Frank K. Jr., married to Diane Yingst Kerlin, David K., married to Jodi Landis Kerlin, and Steven M. companion of Wendy Burke, all of Mount Joy. His daily presence will be missed by his two grandchildren, Frank K. III, married to Lindsey Pietsch Kerlin and Brendan M. Kerlin, and his three great-grandchildren, Lowen, Blake, and Bryce, and Tiffany R. Hernandez, fiancé of Matthew Broome. A 1954 graduate of the former West Shore Joint High School, Frank worked as a Union elevator technician for various elevator companies in the Harrisburg area. A proud Union member, he served as President of Union Local #59, International Union of Elevator Constructors, Harrisburg. During his retirement, he worked 17 years at the Manheim Auto Auction as a driver. An avid outdoorsman, Frank shared his passion for hunting with his father, his sons, grandsons, and many friends. He and his family spent many “First Days” hunting out of their Huntingdon County cabin, “Big Buck Hunting Camp.” His legacy and generosity will live on through the special memories of the great times he shared in Penn’s woods. He and his late wife Pat loved to travel and enjoyed many trips to Maui, their favorite getaway. Frank was a life member of the NRA, Goodwill Fire Company, West Fairview and Dela-Ches Fishing Club, and a former member of the Ashara-Casiphia Masonic Lodge #551, Mount Joy. Born in West Fairview, he was the son of Ralph and Helen Kerlin. He was also preceded in death by a grandson Jordan D. and brother Ken Kerlin. A Memorial Service honoring Frank’s life will be held at the Florin Church of the Brethren, 815 Bruce Ave, Mount Joy, on Wednesday, August 25th, 2021, at 6 PM. Frank’s family will receive friends immediately following the service. A light dinner and refreshments will be served. Memorial contributions to the Alzheimer’s Assoc., 2595 Interstate Dr. Suite 100, Harrisburg, Pa 17110. https://act.alz.org/site/Donation

Frank K. Kerlin, 85, Mount Joy, passed away peacefully with his sons by his side on Friday, August 20, 2021. He was the devoted husband of Patricia K. Kerlin, who passed away on Feb. 24, 2016. He will be dearly missed by his three sons, Frank... View Obituary & Service Information

The family of Frank K. Kerlin created this Life Tributes page to make it easy to share your memories.

Frank K. Kerlin, 85, Mount Joy, passed away peacefully with his...