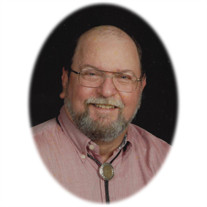 Eugene L. Schroll, 73, Sr. Master Sgt., US Air Force, (Ret.) of Landisville passed away at his home on September 22, 2017.  He was the husband of the late Sharon Lee Castle who died in 1998.  Fondly known as "Bud" to his family and friends, he is survived by his three children, Michael E., married to Beth Martin Schroll of Manheim, Brandon L. married to Renee Grove Schroll of Lancaster, and Jennifer L. married to Christopher Brotzman of Baltimore, MD.  He will be deeply missed by his grandchildren, Colleen and Heather Schroll, Christopher Schroll, Cameron Seitz, U.S.M.C., Austin Seitz, Christopher and Leah Brotzman.  Also surviving is his sister Saundra Krady of Columbia. A three tour Veteran of the Vietnam War, Bud proudly served in the US Air Force for 25 years, retiring in 1986. For his dedicated service, he was awarded the Meritorious Service Medal with 1 device, USAF Commendation Medal with 1 device, Vietnam Service Medal with 3 devices as well as many more honors.  After his retirement from the US Air Force, he was employed by the former Ferranti International and later for Wacor Electronics of East Petersburg.  He was a member of Hempfield United Methodist Church and a life member Hempfield Fire Department as well as VFW Post 5752, Mount Joy.  A 32nd Degree Free and Accepted Mason, he was a member of Seaside Lodge #419, Myrtle Beach, South Carolina, The Lancaster Lodge of Perfection and the Ancient and Accepted Scottish Rite, Valley of Harrisburg, the Harrisburg Consistory and the Zembo Shrine and Temple.  He enjoyed taking care of his horse Cherokee and spending time with his family. Born in Lancaster, he was the son of the late Elmer and Mary Marian Myers Schroll. A Funeral Service will be held at Hempfield United Methodist Church, 3050 Marietta Avenue, Lancaster PA on Wednesday, September 27, 2017 at 11 AM.  A viewing will be held at the church from 10 to 11 AM.  Interment with Military Honors will take place in Centerville United Methodist Cemetery, Centerville Road, Lancaster.  In lieu of flowers, memorial contributions in honor of his late wife Sharon may be made to the American Cancer Society, 314 Good Drive, Lancaster, PA 17603.   On line condolences through www.sheetzfuneralhome.com

Eugene L. Schroll, 73, Sr. Master Sgt., US Air Force, (Ret.) of Landisville passed away at his home on September 22, 2017.  He was the husband of the late Sharon Lee Castle who died in 1998.  Fondly known as "Bud" to his family and friends,... View Obituary & Service Information

The family of Eugene L. "Bud" Schroll created this Life Tributes page to make it easy to share your memories.