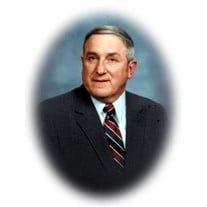 Donald E. Showalter, 88, of Landisville, passed away unexpectedly on September 21, 2020, at home. He was born November 19, 1931, in Columbia to the late Alvin E. and Anna M. Showalter.            Don was an avid sports and hunting enthusiast. While attending high school at Lancaster Catholic and Columbia High School he excelled in football and track. Upon graduation from Columbia High School, he enlisted in the Air National Guard. Don continued his military service by entering active duty in the United States Navy during the Korean War. Upon discharge from the military, he served as a police officer for the Washington Boro Police Department. He later engaged in a business venture with his brother-in-law; a restaurant and entertainment establishment in Lancaster known as "Don's Nite Spot". Don went on to work at Quaker State/Howmet/Alumax for twenty-five years, working his way from a fork-life operator to Assistant Superintendent of the Hot Rolling Department until his retirement. Upon retirement and with a need to keep busy he worked at Wyeth Labs and was later a courier for Fulton Bank.             Don spent many years with his wife, Romaine at the cabins in Tioga and Potter Counties. There they enjoyed hunting, fishing, snowmobiling, and relaxing. He was a member of multiple hunting clubs in Lancaster and Potter County. Don enjoyed hunting for big game in the United States and Canada. He trained for multiple trips for Grizzly Bear in Alaska which brought him much success.             Don was also a member of the American Legion Post 466 in Marietta, VFW Post 8757 in Mountville, and Loyal Order of Moose in Columbia.             Don leaves behind his wife of 69 years, Romaine Peters Showalter. Also surviving are two sons, Michael A. of Mount Joy, and Donald J. (Susan) of Lancaster; his "Gold-Dust Twin Granddaughters", Jennifer Hampton (Jason) and Kimberly Barnes (Greg); three great-grandchildren, Maia Hampton, Benjamin Barnes, and Madalyn Hampton who deeply loved their "Pop Show"; and a sister, Joan Horn of Lancaster.            He was preceded in death by two brothers, Joseph and Robert Showalter.             A Christian Prayer Service honoring Donald's life will be held at the Sheetz Funeral Home, Inc., 16 East Main Street, Mount Joy on Monday, September 28, 2020, at 11 AM. Family and friends will be received at the funeral home before the service from 10 AM to 11 AM. Interment will follow at Camp Hill Cemetery, Mount Joy. PLEASE NOTE: COVID 19 protocols limit funeral home capacity. Seating is limited, please arrive early and all attendees will be required to wear a mask. In lieu of flowers, memorial contributions may be made to the Leukemia and Lymphoma Society, 101 Erford Rd suite 201, Camp Hill, PA 17011. To send an online condolence, please visit www.sheetzfuneralhome.com

The family of Donald E. Showalter created this Life Tributes page to make it easy to share your memories.