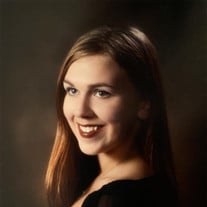 Christine Lee Keiffer, our Chrissy, passed away suddenly on April 6, 2022 of pneumonia. Chrissy is the beloved daughter of Nina Keiffer Hackman and Kenneth Hackman, dear granddaughter of Claire L. Keiffer, and sister of Alan Spencer and Brandon and Kassie Hackman of the Mount Joy area. She loves her boys Evan Timblin (age 10) and Julian Lewis Sage Keiffer (age 8) to the moon and back. Her boys were the light of her life. Chrissy Lee was born in Lancaster on April 4, 1981, attended Maytown Elementary, and graduated from Elizabethtown High School, where she excelled in art and drama. She played the lead in Romeo and Juliet her senior year, sewing her own and others’ costumes. She also worked part time as a model for BonTon. Chrissy received the Perseverance and Commitment Award at her graduation in May 2000. She attended the Academy of Massage Therapy & Bodyworks, and worked as a licensed massage therapist. She enjoyed making jewelry, and was preparing to launch an online store. Family and friends who received her handmade jewelry will treasure them always. Chrissy was a very strong and positive woman. She took up professional roller skating whilst living in Philly, and was an avid yoga practitioner. She loved being in the outdoors and travelling, especially to her grandparents’ home in Lake Placid, NY. She was very close to her Maman, who was her “sunshine.” Chrissy and her brother Alan took a cross country road trip together to Eureka, California with many hilarious moments along the way. She also travelled to Europe with her family. She visited Zurich, Switzerland; skied in Kirchdorf, Austria; and reached Neuschwanstein in the middle of a raging blizzard. She took her sons camping, canoeing, swimming, bowling, and to their favorite, Fly Zone. Chrissy enjoyed attending festivals and treasured her “fairy coat” which Mommy loved most of all. Chrissy lived life with gusto, and as a dear friend said, “Chrissy put the free in free spirit.” She made everyone she met feel cared for, and was so very very kind. She loved her family and friends with all her heart. She loved the beach, fairies, long dresses, braiding anyone’s hair, family gatherings, and turning up the tunes. In addition to her immediate family, Christine Lee is survived by her Uncle JP and Aunt Chris Keiffer of Columbia; Uncle Lew Keiffer of New York; and Aunt Suzie Keiffer and Uncle Charlie Barone of Mexico City. She also leaves behind six cousins, Katrina, Kirsten, Kelsey, Keegan, Braxton and Barrett; nephew Cayden; nieces Kaylee and Kiera; and the Timblin family. A celebration of Chrissy’s life was held privately. She will join her Pappy in Wilmington, NY, in the forests they loved. Please think of our Chrissy whenever you walk in the woods, and sense the fairies giggling in the tall grass. Please write a memory of Chrissy on this website for her sons Evan and Julian. It will be included in memory books for them. A GoFundMe page for the education of Evan Timblin and Julian Keiffer can be found at: https://gofundme.com/f/donate-to-the-education-of-evan-julian

The family of Christine Lee Keiffer created this Life Tributes page to make it easy to share your memories.

Christine Lee Keiffer, our Chrissy, passed away suddenly on April...