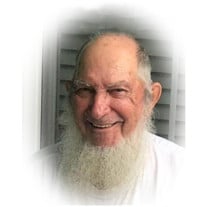 Charles E. Heinaman, 83, of Maytown passed away of natural causes on Wednesday, February 20, 2019 .  He was the devoted husband of Barbara Warfel Heinaman to whom he was married for 63 years.  Known fondly as "Pork" he will be missed by his children, Christine (John) Williams of Elizabethtown, Charles M. (Beverly) Heinaman  and Nancy J. Harnish both of Marietta, and Susan A. (Michael) Nye of Maytown, as well as fourteen grandchildren, 33 great grandchildren and a great great grandchild. Pork was a 1953 graduate of East Donegal High school where he excelled in basketball, soccer and baseball.  During his life he was employed by Armstrong World  Industries, Marietta, retiring in 1997 after 30 years of service.  Pork was an enthusiastic person and enjoyed life to the fullest.  This was  especially evident by his love to spend time with his family .  His family lovingly referred to him as the  "Energizer Bunny"  because of his energetic love for life, never stopping or even slowing down.  An avid outdoorsman, he enjoyed many trips to his cabin in Lycoming County.  The trips to his cabin were very special to he and Barb.  Many fond memories of the time spent there will be remembered by his grandchildren.  He enjoyed the yearly corn harvest and freezing, as well as making his own sauerkraut.  A Baltimore Orioles, fan he also enjoyed bowling, a sport he participated in for over 50 years and was a member of the PA State Bowling Association.  He also enjoyed gardening, attending annual "Mud Sales" and auctions. Pork could be seen helping mow the parks and grounds of East Donegal Township.  Pork will be remembered for his dedication and  the special times he spent with his family.  His legacy will live on in the lives of his children, grandchildren and great grandchildren. Born in Marietta, he was the son of the late Isaac Heinaman and Susan Arndt Bucher (Harry).  He is also survived by his sister June (Al) Whalen and Betty Henny, both of Mount Joy.  He was preceded in death by his son Donald, a grandson Jason Heinaman and a brother, Isaac O. Heinaman. A service Celebrating Pork's life will be held at St. John's Evangelical Lutheran Church, 11 North Queen Street,  Maytown  on Monday, February 25, 2019 at  11 AM.  A viewing will be held from 9 to 11 AM.  Interment to follow in the Maytown Union Cemetery, East Donegal Twp.  In lieu of flowers, memorial contributions may be made to St. John's Evangelical Lutheran Church, PO Box 96, Maytown PA 17550.

Charles E. Heinaman, 83, of Maytown passed away of natural causes on Wednesday, February 20, 2019 .  He was the devoted husband of Barbara Warfel Heinaman to whom he was married for 63 years.  Known fondly as "Pork" he will be missed by his... View Obituary & Service Information

The family of Charles "Pork" E. Heinaman created this Life Tributes page to make it easy to share your memories.

Charles E. Heinaman, 83, of Maytown passed away of natural causes...