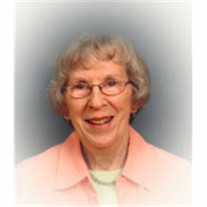 Â  Â  Â  Â  Â  Â  Â  Â  Anna Martha â€œMartiâ€ Brandt, 80, of Mount Joy, passed away on Wednesday, December 27, 2017 in Orlando, FL. Born in Penn Township, she was the daughter of the late Ira D. and Martha (Frey) Heller. Marti was the loving wife of the late Galen B. Brandt who passed away on July 19, 2013. Â Â Â Â Â Â Â Â Â Â Â Â Â Â Â  Marti was a graduate of the first class of Donegal High School in 1955. She retired in 2001 as a Para Educator with Lancaster-Lebanon Intermediate Unit 13 after 23 years of service. Â Â Â Â Â Â Â Â Â Â Â Â Â Â Â  Marti was the devoted mother of two children, Mark Alan Brandt of Lebanon, and Suzanne Brandt Rhodes, wife of Keith Leslie of Orlando, FL. Particularly missing her are four grandchildren, Paul and Regan Brandt, and Evan and Kyle Rhodes. Â Â Â Â Â Â Â Â Â Â Â Â Â Â Â  She was preceded in death by a sister Marilyn Garner Frankhouser; and a brother, Jay Melvin Heller. Marti met Galen at the Clearview Diner, and they were married at Mount Calvary Church in Elizabethtown on Valentine's Day in 1958, while he was on leave from the U.S. Army.Â  She enthusiastically participated with her husband in the antique automobile hobby, and in church, where she loved to sing both as a soloist and in the church choir. She loved teaching art and working with kids of all ages and needs at the The Pennsylvania State Hospital for Crippled Children in Elizabethtown, at Elizabethtown Middle School, co-directing church camp and at IU13, among many others. Her lifelong love of flowers was inspired as a floral designer at flower shops in Mount Joy and Elizabethtown, and later Marti became an accomplished artist who began her painting hobby in oils and then discovered her medium of choice, watercolors, with flowers as her favorite subject. She proudly displayed paintings in her own exhibit at Elizabethtown College, at the State Capital building in Harrisburg, at the Elizabethtown Fair and many competitions and shows. A memorial service honoring Martiâ€™s life will be held at Grace Baptist Church, 1899 Marietta Avenue, Lancaster, PA 17603 on Monday, February 19, 2018 at 11 A.M. Family and friends will be received at the church before the service from 10 AM to 11 AM. Interment will be private at East Fairview Church of the Brethren Cemetery. In lieu of flowers, memorial contributions can be made to the Marti Brandt Memorial, Lancaster County Art Association,149 Precision Ave. Strasburg PA 17579.Â

The family of Anna M. "Marti" Brandt created this Life Tributes page to make it easy to share your memories.